It seems as though whenever someone talks about adoption it comes with a negative stigma attached:

“My sister in law’s brother adopted and the baby was taken from them when the parents changed their mind!”
“My coworkers son was adopted, and the birth parents came back after 3 years and wanted him back!”
“My college roommate’s sister is adopted and she is trying to find her adoptive parents, but because she was ripped away from her biological family there are no records.”
“My cousin’s wife’s brother adopted, and they have an open adoption and I think it’s so weird to have a relationship with someone who didn’t want you!”

When my husband and I started the adoption process, we heard so many negative stories that we were scared of what we were going to encounter.  It’s true that adoption can have negative sides. It’s complex, emotionally draining, painfully expensive at times, stressful on a marriage, and potentially hard on any children already in the home.  Despite all of this, adoption is the most amazing experience I have ever been through.

The truth of the matter is, adoption is the most beautiful, selfless, and loving thing I have ever witnessed.

There is a quote by Jody Landers that I have read many times:  “A child born to another woman calls me ‘Mom’. The depth of the tragedy and the magnitude of the privilege are not lost on me.” Those words resonate with me daily.

“J” is my son. He calls me “mommy.”  He tells me he loves me and that he can’t imagine being anywhere else. But I didn’t give birth to him. A lovely young woman did. That woman he affectionately calls his first mommy. (I am his forever mommy and she is his first mommy.) He and I talk about her often and always with so much joy. She was beautiful. She was so proud and stoic when we first met. She had just given birth to the most beautiful little boy (I know I may be biased).

It was the beauty of adoption that allowed her to put him in my arms and tell me he was my son. Adoption allowed her to meet me and my husband, talk with us, and choose us! She chose us! (That still amazes me!) This wasn’t some under the table agreement between us and an agency to see which family could come up with the most money for the adoption. J’s birth mother sat down with a social worker and looked through dozens of profile books. Ultimately, she chose us.

While we were sitting in the hospital, I asked her “why us?”  I asked her what made her look at our book and say: “These are my son’s parents.” She looked at me and said “I knew the minute I saw a picture of you and your husband that you were ready to be parents. It was in your eyes! You looked like a mom who was longing for someone to call yours. I saw a picture of the nursery and said this baby belongs with them!”

It wasn’t about money,  the kind of cars we drove, or even how big of a house we had.  It was simply about love. She knew by looking at our photos that we would love him. But she loved him more. This mother, a remarkable young woman, went through 9 months of pregnancy, labor, and delivery to look at her baby and say, “I love you too much to keep you.”

But please remember this, behind every adoption is a birth mother that is trying to make the right decision for herself and for her family. A woman who is treading water and trying to stay afloat in what seems like the deepest and longest river of her life.

Birth mothers are incredible people. They love their children more than any of us can fathom. They love them enough to say “goodbye.”  Can you imagine that?  Next time you hear someone talking about adoption, say a little prayer for the birth mother.  Because the mother behind that adoption is the strongest woman you could ever imagine. 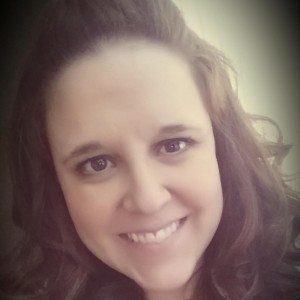 2 thoughts on “The Woman Behind Adoption”