Michelle Williams; the Connection Between Male Domination and Abortion

Over the weekend, our country witnessed a surprisingly personal Golden Globes acceptance speech given by 39-year-old actress, Michelle Williams. In her two and a half minute carefully scripted speech she took a direct path to link her success as an actress with her right to choose an abortion. She said,

“I’m grateful for the acknowledgment of the choices I’ve made, and I’m also grateful to have lived at a moment in our society where choice exists. Because as women and as girls, things can happen to our bodies that are not our choice.

I’ve tried my very best to live a life of my own making, and not just a series of events that happened to me, but one that I could stand back and look at and recognize my handwriting all over—sometimes messy and scrawling, sometimes careful and precise, but one that I had carved with my own hand. And I wouldn’t have been able to do this without employing a woman’s right to choose: to choose when to have my children, and with whom.”

I felt a sense of confusion followed by sadness as I listened to her comments because on the one hand she was saying that she was not in control of what has happened to her body throughout her life, and then in the very next breath took back her control and boasted that her life has been of her own making.  Her comments led me to conclude that if Michelle Williams did indeed employ her legal right to choose an abortion, she did so because she was not in control of the circumstances that led to her pregnancy. Her comments about choosing when and with whom to become pregnant hint at a situation that I’m afraid far too many women in our world have dealt with; pregnancy from rape or sexual coercion.

While I have no way of knowing if this was the circumstance that she was referring to, Williams has publicly commented on how her life has changed since the #MeToo movement took Hollywood by storm and exposed several rich and powerful men for sexually harassing and assaulting actresses and women in the entertainment industry. In a roundtable discussion on the effects of the #MeToo movement with the Hollywood Reporter in May 2019, Williams said,

‘You don’t get a morning grope; you get a handshake now. And I feel like I’m heard in a different way — or that the space has opened up for me to be able to be heard.

‘There wasn’t even a space before. Like the air was so thick you just figured out how to work underneath or around it.’

While I can certainly empathize with Williams for the personal and emotional distress an unplanned pregnancy must have brought her, I can’t ignore the fact that she is missing the entire point of #MeToo by saying that her access to abortion was what made her success possible. I believe exposing the unacceptable behavior of men like Harvey Weinstein is incredible progress in correcting the cultural narrative that said women existed for the benefit of powerful men. However, her comments concede that female success in Hollywood was due to these men’s benevolence towards them and not their own talent and hard earned elevation. If choosing to have an abortion was indeed what made it possible for Michelle Williams to win a Golden Globe award, then the entire point of #MeToo has been lost. It means that women in the entertainment industry are obviously still expected to meet the expectations of a male dominated field to be available and appealing to men and therefore force their bodies into submission to perform like men’s bodies for the sake of career.

The #MeToo movement hit every industry in America, but it seems that the level and degree of indignity directed at women was highest in the entertainment industries. Michelle Williams’ comments spoke to the type of toxic work environment where women are not able to maintain full autonomy over their own bodies and revealed that in such an environment a pregnancy is an unacceptable situation for women to thrive in. She confirmed that Hollywood is still a male normative culture, a culture that expects women’s bodies to behave the same way as men’s with regards to sexuality, and that there is no room for a healthy fertile female body, other than pleasing the powerful men around her in order to advance her career. Babies remind us that women’s bodies are made for a purpose beyond pleasure and that a mother’s attention will inventively shift towards the vulnerable little one growing within her, which is a disqualifier for women in Hollywood.

“To choose when to have my children and with whom, when I felt supported and able to balance our lives as all mothers know that the scales must and will tip towards our children.”

What is so wrong about tipping the scales towards motherhood, and why should it preclude a woman from being successful when she is a talented actress? Quite simply, it shouldn’t. Feminists who accept this logic have simply not asked for enough for women and have failed to advocate for the true needs of women as fertile beings. The solution is not to suppress, alter, and destroy our fertility and pregnancies as those who tout “My Body, My Choice” ironically do; it is to demand the world accommodate and make room for women as powerful mothers. It’s time for a new type of Feminism that recognizes all of us, a Wholistic Feminism.

All men and women should expect a world where their talents and accomplishments merit their success and should not feel pressured into sexual relationships to further their careers. All human beings should be free to choose when and with whom they are sexually active, without coercion. This is true bodily autonomy. And as women we should demand an extra measure of respect due to us because of the added significance that sexual activity brings with the possibility of pregnancy. Women deserve to demand that their fertility be acknowledged and respected so that painful decisions, like aborting a growing child, never need be contemplated. A female body is a temple capable of co-creating new life; it is nothing to be trifled with and should never be used to pay an unspoken fee for advancement.

Williams’ final comments hearkened a reference to the upcoming centennial anniversary of the 19th Amendment to the Constitution which granted women the right to vote.

“So, women 18 to 118, when it is time to vote please do so in your self-interest. It’s what men have been doing for years, which is why the world looks so much like them but don’t forget we are the largest voting body in this country. Let’s make it look more like us.”

Yes, let’s vow to make the world look more like women and a world that sees our true needs. A world where we are free to be fertile, and not be punished for it. A world where we are not penalized for living in and loving our natural female bodies. Let’s vote for a world that recognizes our desire to tip the scales towards our children, a world that walks alongside us to make sure that we’re able to provide all the opportunities we can to our offspring. This is the type of world we can create when we reimagine never having to sacrifice our children for our success. Let’s really get down to changing the world for the benefit of all women and put laws and policies in place that allow women to stand on a stage with an award in one hand …and our children in the other. 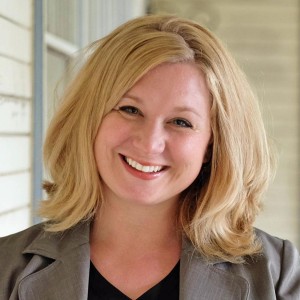 5 thoughts on “Michelle Williams; the Connection Between Male Domination and Abortion”