(To read Part One: please click here!)
From the moment sexual assault becomes a part of your life, the process of healing begins. Often, a survivor finds the process similar to grieving a loved one: in the same way that the loss of someone close to you causes you to mourn while life moves on, surviving an act of sexual violence calls for mourning while finding a way to heal from the experience.

“The experience made me completely paranoid about personal safety. I hate being out after dark and being home alone and those things never used to bother me.” –Amy


“(It) influenced EVERYTHING about me, and still does. I have never felt as though I was really good enough for anyone…damaged goods. I don’t trust anyone, not totally, and I keep most people I know at arm’s length. And if someone does me wrong, I shut the door on them. I have a hard time with forgiveness.” –Dana


“As time goes on and you experience more and more interactions, even very obscure ones, you start to blur the line between who is at fault, most especially in our culture of victim-blaming. I began to feel uncomfortable about my introverted personality and even uncomfortable about my body size and things such as my gait.” -Joan


“I felt an immense amount of guilt and shame.” – Sara


If survivors question their own self-worth and identity, it follows that the experience also can affect their views of themselves as mothers.

“Being a survivor of child sexual abuse makes me a bit different as a mom. Working with survivors on a daily basis changes the way I parent as well. Unlike some, I cannot pretend that the person who poses the greatest danger to my child is the stranger, the new neighbor, and creepy kid down the street. I know that the people I love the most pose the greatest danger.” –Linda


“I was pretty scared to be a mother, because my own mother never taught me what that means. She was on the cold side of things, and didn’t really care much what was going on in her household, as long as she wasn’t affected. So, I didn’t really know HOW to be a mother. After I became a mother, I was blown away by how vulnerable children are, and I think it made the anger I had in me come out a little more.”- Dana


Healing from sexual assault can take a lifetime. Every survivor experiences the healing process differently, and the way it may or may not influence a survivor’s relationship with their children can vary.

“I think the sexual assault has made me more paranoid. I worry obsessively about my baby daughter’s safety and well-being. I’m concerned that because I was sexually assaulted I will be overprotective of my daughter when she’s older.”- Amy

“My daughter is only 8 and I haven’t really seen much of an interest from her in boys yet. I do know, though, that it will affect how I parent her as I get older. I grew up in a staunchly Catholic household, and my boyfriend was Catholic as well. In fact, we were on Diocesan youth boards, active in youth ministry, etc. One youth minister actually called us a “perfect model of a faith-filled teen couple.” But we were given too much freedom. I will definitely be more in touch with how my daughter’s dating life progresses.” –Sara

“Experiencing sexual assault has given me a deeper perspective about the serious failing of punitive parenting and the inappropriate emphasis our society has on forcing children to obey authority. Forcing a child to ignore his own feelings or bodily signs to obey an authority figure is exactly how early abuse begins and exactly how cycles of abuse continue throughout a person’s life… So my parenting method is something I commit to not only b/c I want to avoid disrespectful parenting behaviors, but also b/c I want to encourage my children to have a strong self-will, confidence about their bodily/mental signs and the courage to follow those cues in the face of danger.” –Joan

When mothers are also survivors, often times they are faced with the decision of whether or not to disclose their assault to their children. There can be many reasons to disclose or not to disclose, and it is never a decision that is taken lightly. There is not a true right or wrong decision: there are many factors to consider, and every survivor chooses to handle it differently.

“I did discuss with my children that I had been hurt by my father. My daughter knew the most, because she was older at the time my father was put on trial. And since she was highly intelligent, she was very aware of what was going on. I realized much later that while she figured most of it out on her own, she was still not prepared for that burden… I do think that children should know about this type of thing, especially if it’s a family member that they could come in contact with. It should be age appropriate, but they should not be shut out of why mom acts sad, or angry at, or scared of a relative.” –Dana

“Right now, (my oldest) knows that mommy works with people who have been hurt by others. Someday I will share my story with my daughter. I am not sure when that story will be—or if it will be in bits and pieces. I will share my story because if my daughter is ever hurt, if someone she loves is ever hurt, I want to make sure I’ve shown her that it is okay to talk about it. That shame belongs on the perpetrator.”- Linda

To conclude, the women you have heard from have some thoughts for those that are struggling to heal from sexual assault.

“I do wish (even for myself) that women trying to heal from this would know it was not their fault… And if you do feel as though you need to talk to someone, do it. Even if everyone around you thinks it is embarrassing to the family. It’s not about them, it’s about YOUR mental health and wellbeing.” –Dana

“I would tell someone else who experienced sexual assault that they should not think of themselves as less pure or valuable than other women. My husband still thinks I am wonderful despite what happened to me!”-Amy

“I’ve learned that it can take a very, very long time to heal. Sometimes you can go weeks without thinking about it and then there are times when it’s on the forefront of your mind. It’s going to be with you forever, so you have to find a way to make peace with it.” –Sara

“The hardest part is perhaps learning to place full and open responsibility on the perpetrator. It’s very easy for a survivor to take on the burden of blame in our culture, and that is a very impairing experience that will halt deep healing. Although it can be extremely painful at first to acknowledge that another person openly and deliberately chose to harm you (and perhaps this was someone close to you or someone who was supposed to protect you) in the end, this clarity opens a path to true healing where you can put the issue to rest, find forgiveness for yourself and begin to move forward.”- Joan

If you or someone you know has experienced sexual assault, www.rainn.org can connect you with local hotlines to begin the healing process. The site also has an informative guide on survivor self-care that can be seen here.
For more information on parenting as a survivor of sexual assault, there is an incredibly informative post that can be viewed here. While the post focuses on attachment parenting boundaries, it is a useful resource for all survivors that are parents and striving to create a loving and appropriate relationship with their children, but experience some anxiety over boundaries.
Interested in the complete interviews with the survivors that contributed to this post? You can view the interview questions and the full text at Cathofeminism.
* Names have been changed. 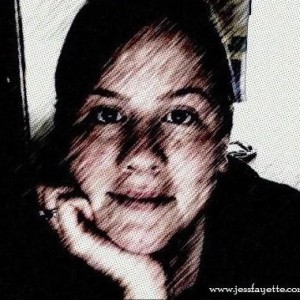 Jess is a writer, wife to Matt, and mom to six children living in the Omaha area. Before choosing to stay at home with her family, she spent several years working with low income women that had experienced sexual or domestic violence. She also writes at (www.jessfayette.com) and is passionate about domestic and sexual violence survivor advocacy, books, and her DVR.
Share on facebook
Share on twitter
Share on linkedin
Share on email