Earlier this summer, we had a fantastic birthday party for our son, who turned four.  It was a beautifully sunny day, with no humidity and plenty of cake, cousins, and friends with whom to share it.  As the evening approached, we debated as to whether to take our sugared-up, sunshine-filled kids to Mass that night or the next morning.  Feeling apparently brave and perhaps on our own sugar highs, we opted for the evening Mass.

Mass has become a bit of a challenge (read:  an epic aerobic event) since our 21 month old discovered her voice and our two month old was born.  Generally, my husband will take her out in case the baby needs to eat, but at this particular Mass, I had been holding her when she started screeching like a captive hyena and headed into the foyer with her.  We’ve been sitting as close to the front as we can for the past year or so in an effort to help the kids see better and (theoretically) behave better.  This also means that “slipping into the back” involves walking down the very long aisle of our large church.  Veronica and I spent about ten minutes in the back or so before we returned.  I had no more than gotten into the pew when my husband handed me the baby, whispering that he needed to be changed.  Back out we went.

All in all, the kids were fairly good, considering their caffeinated state.  I am realizing that I am more sensitive to their squirminess than most of the people around me, and that their wiggles are generally not as distracting as I presume.  So, when the time came to exchange peace, I noticed a woman a few rows back coming up the aisle out of the corner of my eye.  She stopped at our row, looked me in the eye, shook her head, and said, “Boy, you two sure are something else with those kids….”  I looked at her with horror, sure she was referring to their fidgety shenanigans and our attempts to corral them.  She then continued, “You’re just wonderful!  I mean it!  They’re going to be beautiful!”  I almost cried, as I was relieved and touched.

Another man came up after Mass and told the kids how good they were.  He said he came from a family of 13 and chatted it up with the kids.  After Mass, I found the woman and thanked her for the encouragement.  She replied, “Oh, you’re so welcome . . . one of my greatest regrets in life is only having two kids. I think it’s just wonderful you have them.”  I was literally speechless, so struck was I by this statement, which I feel is all too common in my parents’ generation.

I recently was speaking with my dad’s cousin at a family picnic.  As we were talking about the baby, the craziness and blessings of having four, etc., I mentioned the above story to her.  She got this sad, wistful look in her eye and said, “Oh, that’s pretty much the same with us . . . but back then everyone was saying to just replace yourselves . . . I guess with overpopulation and what not.”  I thought this was so so sad to hear; that they had really wanted more kids but had been duped by the myth of overpopulation.

People are truly in AWE of the fact that we have four children, as though we had 12.  Some days it amuses me, but mostly I just find it sad that four is considered to be such a huge family.

Yes, life is insane right now.  Yes, I spend most of my days feeding and clothing people, and then cleaning up from those events.  Yes, we have almost no free time.  However, things are slowly changing.  The kids are growing, they’re becoming more self-sufficient, and we are having more and more fun with our growing family.  In many ways, I feel like we are “putting in our time” of chaos for a few years in order to reap the fruit of having a bigger family–namely built-in buddies for our kids and hopefully kids to keep us company when we’re old and feeble!

I recently heard this quote from Christian author Kimberly Hahn, “I have never heard of someone later in life wishing they had had one less child, but I have heard many people say they wish they had been open to at least one more child.”  I can’t help but wonder how many people from my contraceptive generation will feel this way when they are old.  I am certainly not implying that everyone is called to have as many children as they possibly can–far from it!  We also need to raise the kids we’re having, and let’s be honest . . . some require a little more effort than others!  But I do truly believe that there are many people in my generation in particular who would love to have more than the socially acceptable salt-and-pepper-shaker boy and girl combo but worry what people will say.

After we had our second child, a boy, we were asked countless times if we were “done,” now that we had a boy and a girl.  As though that were the goal of having children, and yippee for us!  We succeeded!  Our second child turned out to be a bit of a handful, in part due to an undiagnosed milk allergy and continual ear infections, and despite my pro-life mentality and knowing that children are a blessing, adding a third was terrifying for a while.  But practicing NFP, my husband and I both reached a point where we knew we were being called to have another child.  I spent many months of that third pregnancy fretting about how on earth I would be able to handle another child in addition to the high-spirited two we already had.  As you have probably already guessed, our third child is one of the sweetest little peanuts you will ever meet, and I couldn’t imagine our life without her.  So, I encourage anyone who is feeling like they would like a bigger family but afraid to have one, be brave!  Be not afraid!  You will be given the grace you need, and the world will be a better place because of that new amazing person. 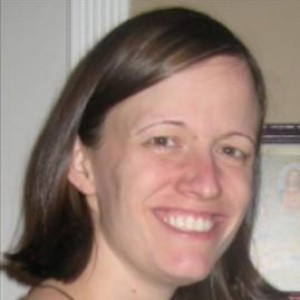 2 thoughts on “Expand Your Preconceived Notions About Family Size”

PrevPreviousIs Femaleness a Defect?
NextAnnouncing Pregnancy in a Culture of LossNext