As men and husbands, we are called to love our wives. We are supposed to serve them. The hardest thing about PPD for a man is knowing when to speak up. There is no fix-it manual. There isn’t a user’s guide or reset button. It’s not like you can just tell your wife you think something is wrong. That’s a good way to get punched. PPD is also NOT something you can take lightly as a husband. You have to approach this in an understanding, sensitive, and supportive way. Is there one way to do it? Nope. All I can give here is my experience. I hope that by telling this story, more men and women will be open to speaking up about how they dealt with PPD and walk alongside others who are in the trenches.

“Love begins by taking care of the closest ones – the ones at home.” – Mother Teresa 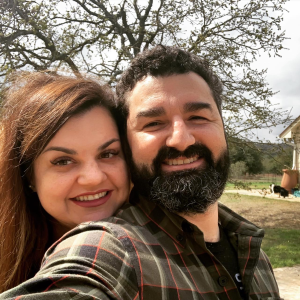 Doug is currently a stay at home dad to 8 children and faithful husband to pro-life advocate and public speaker, Abby Johnson. He began his adventure as a SHAD in 2011 after 5 years of being a high school special education teacher. Along with being a proud Texan, born and raised, Doug has a passion for all things faith, family, and friends. HIs goal is to redefine what it means to be a family man and a provider. That through building stronger families and supporting our neighbor, we can change our culture for the better. In 2014, Doug began writing for several blogs including his own called Doug On Tap. Since then, he has been sharing his stories about the joys and challenges of parenting, marriage, and what manhood means to him. All with a sense of humor and compassion. Doug's interests include craft beer, building projects and woodworking, pro-wrestling, trips to the movies, and cooking. But nothing makes him happier than traveling to new and exciting places with his wife.
Share on facebook
Share on twitter
Share on linkedin
Share on email